"I made art a philosophy, and philosophy an art," said Oscar Wilde. On 25 May 1895 Oscar Wilde was convicted of "gross indecency" and sentenced to two years' hard labour. Henri de Toulouse-Lautrec was apparently present at his trial during his visit to London in 1895.

Paul Adam, who was a journalist at La Revue Blanche, published an article called “L’assaut malicieux” in he which he presented an impassioned defence of the “martyred” author. Lautrec contributed a pen-and-ink drawing of Wilde’s elegant silhouette to illustrate the article. The dandy is depicted as standing with his head held high, because, after all, “What could be more exalted than the passion of young Lord Douglas for Mr. Wilde? There is no question here of either instinct or money. A poet unfolds the secret harmonious thoughts before the ignorance of an adolescent. He charms him with the cadences of his verses, the beauty of rhythm, the quality of his voice, the fire of his enthusiasm. Dazzled by these spiritual revelations, the young nobleman abandons himself to his friend. He listens to him. He learns from him. He is moved by the same vision of splendour.” (Extract from Paul Adam’s article). 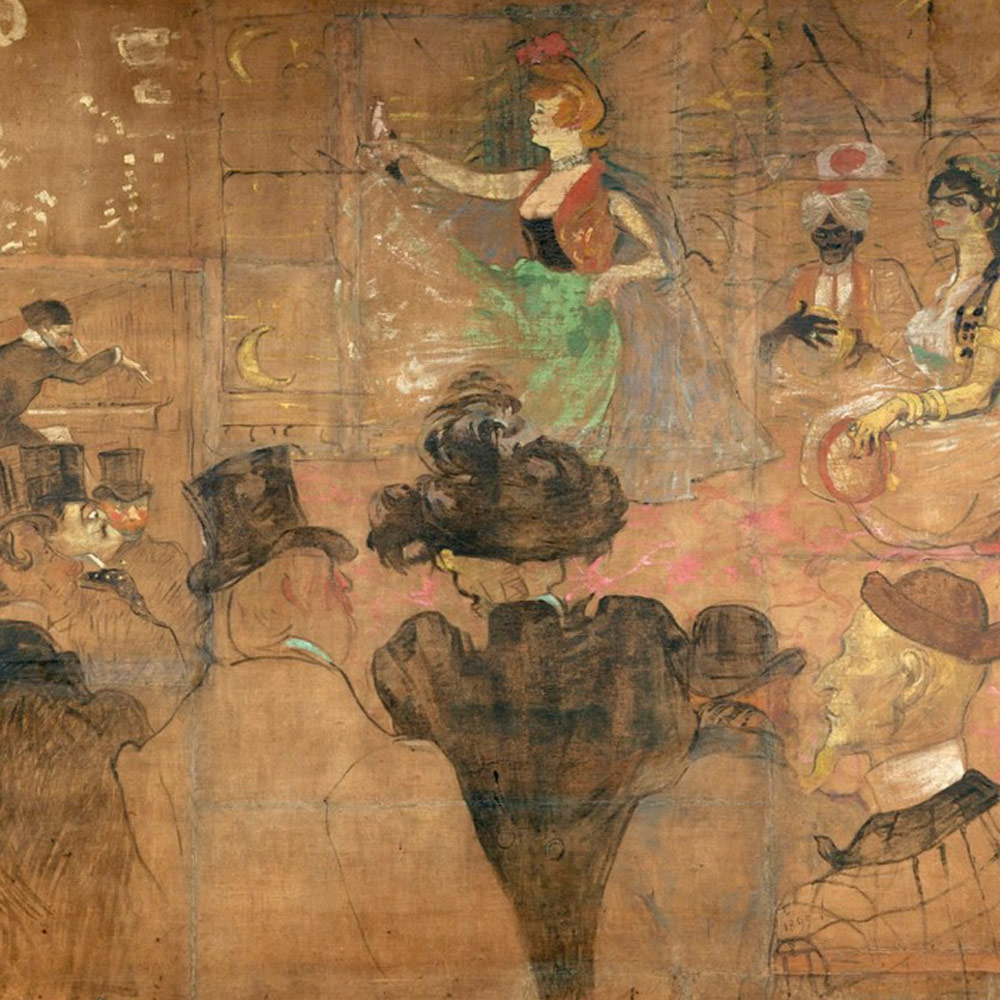 Another of Lautrec’s portraits of Oscar Wilde appeared on the 1896 programme for the Théâtre de l’Œuvre. That evening, Wilde’s play ‘Salomé’, banned in London 4 years prior, premiered at the Théâtre de l’Œuvre in Paris. A fine revenge on English censorship!
The year of Wilde’s trial, Henri de Toulouse-Lautrec produced two posters for la Baraque Foraine de la Goulue. In the foreground of the panel called “Moorish dance”, hidden in the Parisian audience, we can make out the refined manners and elegant figure of the English dandy, Oscar Wilde.
In so doing, Henri de Toulouse-Lautrec immortalized the author of the Portrait of Dorian Gray, who wished to “make [his] life a work of art.”

This website uses cookies to improve your experience while you navigate through the website. Out of these, the cookies that are categorized as necessary are stored on your browser as they are essential for the working of basic functionalities of the website. We also use third-party cookies that help us analyze and understand how you use this website. These cookies will be stored in your browser only with your consent. You also have the option to opt-out of these cookies. But opting out of some of these cookies may affect your browsing experience.
SAVE & ACCEPT
Powered by